The cylindrical roller bearing adopts a tight fit between the inner diameter and the roll neck to withstand radial forces. It has the advantages of large load capacity, high limiting speed, high precision, separable inner and outer rings, interchangeable, easy processing, low production cost, and convenient installation and disassembly. ; Thrust bearing bears axial force. The specific structure can be selected according to the characteristics of the rolling mill.

At heavy loads and low speeds, it is equipped with thrust roller bearings to bear thrust loads with small axial clearance. When the rolling speed is high, equipped with angular contact ball bearings, not only the limit speed is high, but also the axial clearance can be strictly controlled during work. The roller is tightly guided in the axial direction and can withstand general axial load. This type of bearing configuration not only has long bearing life, high reliability, but also has many advantages such as high precision of rolled products and easy control. Therefore, it is currently the most widely used. It is mostly used for wire rolling mills, sheet rolling mills, foil rolling mills, and double support rolls. Support rolls for rolling mills such as cold rolling mills and hot rolling mills. 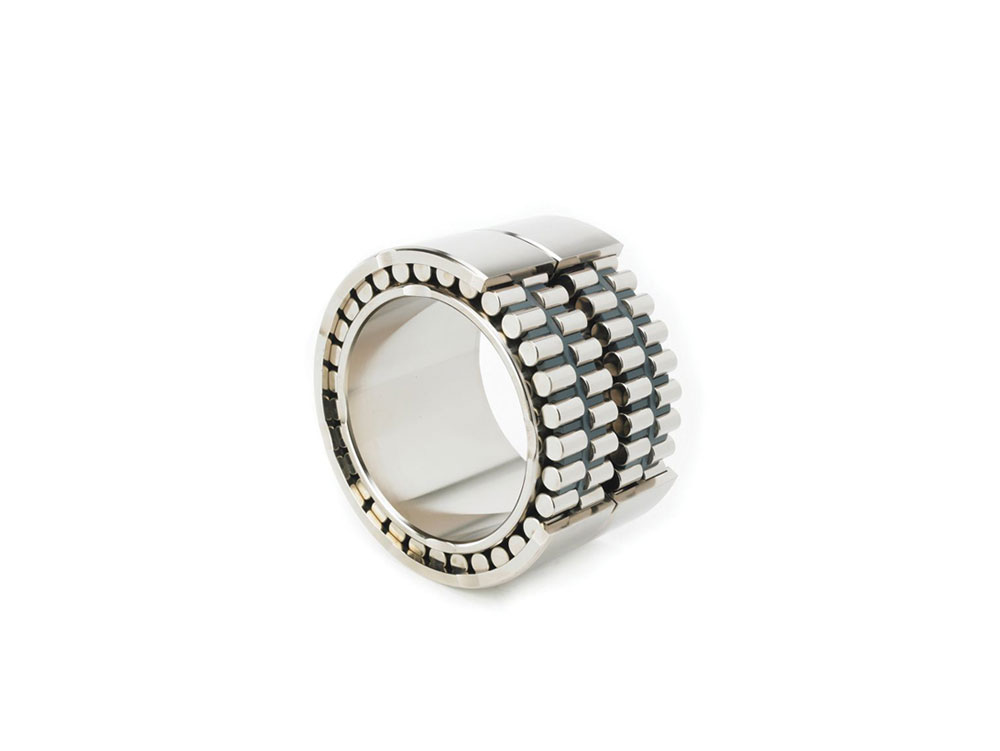